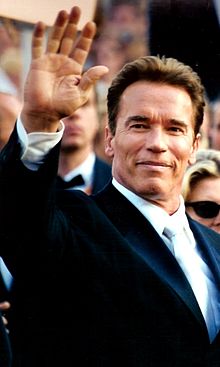 Our building, constructed in 1912, was originally the Minneapolis Athletic Club. Bustling with luminaries, diplomats and sports figures, it was the premier social club at the time and was as lively then as it is today.
729 Second Avenue South Minneapolis, Minnesota.http://en.wikipedia.org/wiki/Minneapolis_Club
Rotary Club of Minneapolishttp://www.clubrunner.ca/Portal/Home.aspx?accountid=2303
Why did decide to invest in making this film?

Why are you investing more time and energy to make this film?


What was the first project you financed and raised capital for.

It project started back in 1992. I had a company that I started in 1984 that I named Turner Marketing Group. The first venture I funded was with a college friend of mine Randy Parker was forming Imperial mint  I had been working as a Account Executive selling Gold and Silver when I was

and had some good success raising capital for telecoms and other companies. We decided to open an office at 2121 Avenue of the Stars in Century City which is known as the Die Hard building in Bruce Willis. Tenants at the building were President Reagan and Marvin Davis owner of 20th Century Fox.

We were seeing different scripts and I usually did not have time to read them since we were working on a variety of different capital raising and marketing campaigns.  I was given the script for The Boys For Minnesota. I went home to my condo in Santa Monica and read the scrip

We did research and contacted

I envisioned setting up offices, building a consumer base long before the film was to be shot and marketed to timize the revenue. We also saw a series of films and building a brand, developing merchandise and doing direct mail

Since we had experience with the Franklin Mint /

What were some of your more

How did you raise the capital

We had experience syndicating deals, working at a bond company and selling commodities so we had some previous experience making presentatin.  We were lucky enough to have met Greg McAndrews to assist in structuring a way to minimize risk to investors. Recently one of the investors

Who were the original investors

What was memorable about this first phase of the

Stan Hubbard plane trip to US Hockey Hall of Fame

Bob Naegele gave me tickets for Billy Graeme at

The Hobey Baker Award is an annual award given to the top National Collegiate Athletic Association men's ice hockey player.

It is named for hockey player and World War I veteran Hobey Baker, who played collegiately at Princeton University and learned the game at St. Paul's School (Concord, New Hampshire).

The original statue for the award was commissioned and awarded by the Decathlon Athletic Club (now defunct) in Bloomington, MN. The model for the award trophy was Steve Christoff, who played for Richfield Minnesota High School, the University of Minnesota, the 1980 U.S. Olympic hockey team and in the National Hockey League.[2]

Graeme Roustan, current Chairman and CEO of GTA Sports and Entertainment, was ranked No. 38 on THN’s People of Power List in 2012. Stepping down as Chairman of Bauer Hockey in 2012, he is now focused on the GTA Centre. Graeme Roustan began working on the GTA Centre Project in August 2010 with the goal of building a world-class, NHL-sized arena in Markham, Ontario.

Jingle All The Way

Jordan Yospe is recognized as one of the country's leading brand integration experts and an authority in sourcing, negotiating, and managing brand integration deals for feature films, television, new media, music, and video games. His work includes negotiating and drafting multimillion dollar integration and activation agreements, as well as executing the business and creative elements of those agreements during pre-production, principal photography, post-production, and domestic / international distribution. As former General Counsel and Head of Business & Legal Affairs at Mark Burnett Productions, Mr.Yospe was integrally involved in numerous well-known network television series, including "Survivor" and "Rock Star: INXS" with CBS; "The Apprentice" and "The Apprentice: Martha Stewart" with NBC; and "The Contender" with NBC and Dreamworks.

Mr. Yospe was named to Variety's Annual Dealmakers Impact Report List and multiple times to The Hollywood Reporter’s annual "Power Lawyers" list; was named among the "Top 40 Entertainment Lawyers" by The Los Angeles Business Journal; and his pioneering work on the integration of brands into entertainment was featured in a front page article in the April 5, 2010 issue of The New York Times.